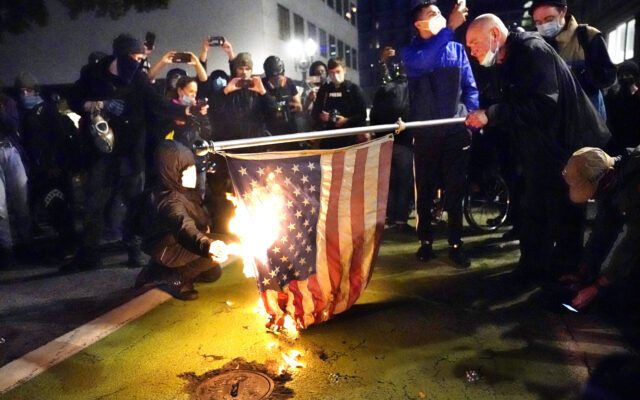 Radical members of congress joined the chorus as did Jim Crow Joe Biden.

Jurors delivered the verdict…and then the rioting continued anyway.

Portland Mayor Ted Wheeler made his usual meaningless noises about stopping riots. He announced a “state of emergency” which “allows curfews, closing city streets and other measures to stop widespread political unrest”

The rioters of Antifa and BLM paid Wheeler about as much attention as they have for the past year or so:  physical attacks on police officers, fires set in businesses, windows broken.

So we know the pattern now.

No matter what the American criminal justice system delivers, the riots go on.

Former cop Derek Chauvin goes to jail for now, but in the long run the courts seem likely to overturn his verdict, given all the outrageous conduct of the Judge and the Congresswoman, and the President.

That overturn likely won’t happen for several years…or if you want to put it in riot terms…several billion dollars in damage from now.

Good cops are leaving and law abiding Americans now know we must provide our own security.