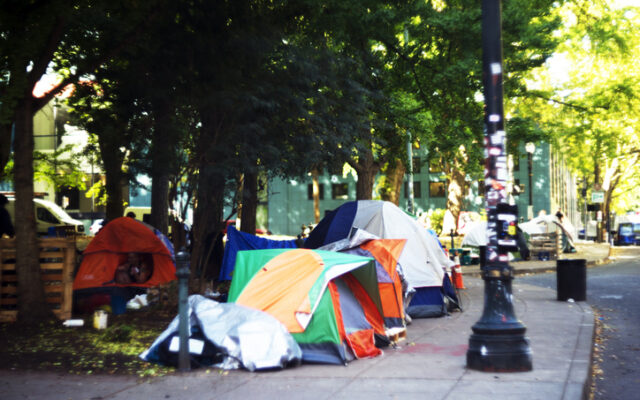 A few years ago, I asked rhetorically: “how many dead bodies do we need to see before officials deal with the homeless”.

Turns out that for Mayor Feckless Ted Wheeler, the answer, literally, is just a few dozen dead bodies.

70% of pedestrians killed are homeless.

Yesterday, Wheeler finally declared an emergency promising to clear homeless camps from “dangerous roadways”.  Don’t hold your breath. Wheeler loves to make promises because it buys him some time…’til it becomes obvious it ain’t happening…and then he just rolls out another one.

Hundreds of drug addicted homeless live in shanties and tent cities along every major freeway…so let’s assume “dangerous roadways” includes I5, 205, 26 and 84.

I’ll believe the clearance promise when I see it.

But people also die along major surface streets where traffic speeds are higher.

Homeless set up there too.

And where will these vagrant vagabonds go?  They’ll move to your neighborhood.  The best way to get us to a tipping point may be to shove the problem right in your face so you can tell Feckless Ted you ain’t taking it anymore.  Or not.  It’s your choice.