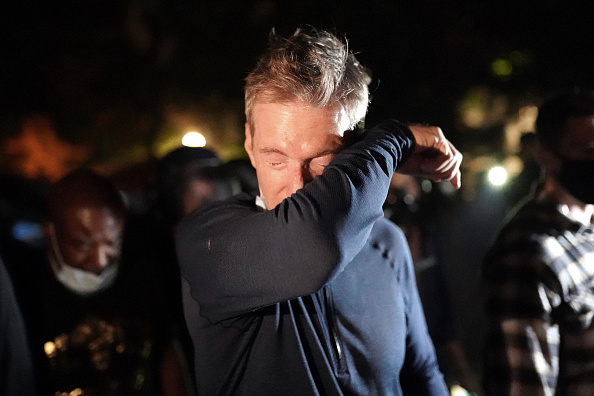 You may be forgiven if you heard the news this morning about Portland Mayor Ted Wheeler’s “welcome back” party this weekend for his riot ravaged city and thought you were reading political satire on the “Babylon Bee”.

Talk about trying to smear lipstick on a pig!

A year of looting, arson, assaults, molotov cocktails and even murder…but Ted thinks free concerts, a light show and roller skating might convince people to return to downtown Portland.

Ted sided with Antifa and BLM for years despite the fact that those groups clearly despise him.

I’m guessing Wheeler’s professors at Harvard didn’t cover this when he earned his Master’s in public policy.

He ordered the cops to stand down.  He ignored homeless encampments of the drug addicted.  The Mayor allowed folks to trash his city because he didn’t have the political guts to do what needed to be done.

Most of us law abiding, tax paying, show up for work and don’t depend on a government check to subsidize sloth types…most of us imagine a city where the law is enforced and you don’t have to worry about an Antifa terrorist putting a bullet in your head…like Aaron Danielson…or get beat down to the pavement like Andy Ngo.