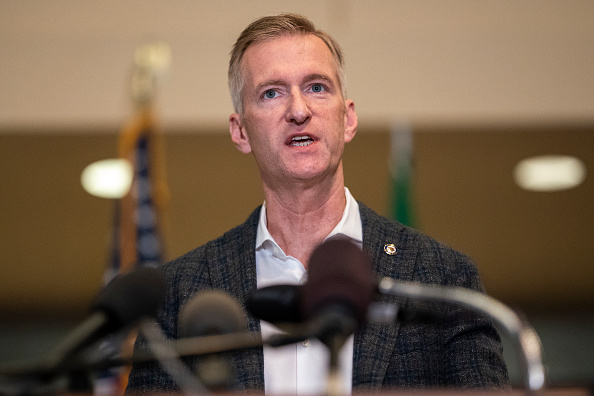 I love getting interviews with elected officials who fail to deliver for citizens.

As you can imagine, many of those people don’t want to answer tough questions so they tell me “no”.

Ted Wheeler, Mayor of Portland, just said “yes”…and he’s coming on my show for a long interview tomorrow in the noon hour.

It’s the first time in more than four years.

Portland’s crime problems top my list: with the city due to hit another record for murders in a single year, hundreds of shootings…people need to know if they’re safe and why Wheeler…as Police Commissioner…isn’t doing more

Business makes my list.  All of that crime, plus the homeless encampments have driven a lot of businesses away, especially from Portland’s downtown.

The city and Multnomah County spend literally a quarter of a billion dollars a year or more on the so-called homeless.

Now, the Mayor says he has a NEW plan for the problem but it sounds like more of the same, only bigger, much more expensive and just as likely to fail.

The Mayor may be the biggest naysayer I’ve talked to all year…and I plan to play naysay right back to his dangerous decision making.

My live interview, tomorrow in the noon hour.