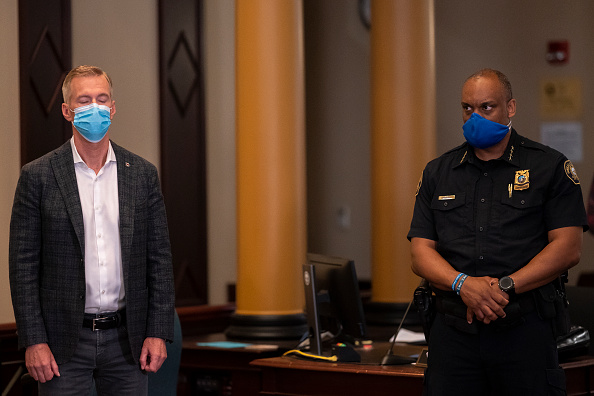 Feckless Ted Wheeler, Mayor of Portland and police commissioner, now has something in common with the Commander in Chief of the United States Military.

Joe Biden leaves thousands of Americans at this hour in harm’s way, hostages to the Taliban terrorists in charge of Afghanistan.

All Bumbling Joe had to do was follow the Trump plan:  lay down conditions for American withdrawal and if the Taliban refused, hit them hard.

Instead, Biden gave the terrorists everything they could ever hope for: control of an entire country, 80 billion dollars in shiny high tech gear  including Blackhawk helicopters, night vision and the best rifles and pistols American Taxpayer dollars can buy.

For five years or more, Antifa has engaged in riots, arson, molotov cocktails…even murder on the streets of Portland.

For a time, Wheeler made a pretense of police protection.

This past weekend, when the Proud Boys announced they planned a rally…and agreed to stay out of downtown Portland, Antifa announced it would show up to attack them…and they did.