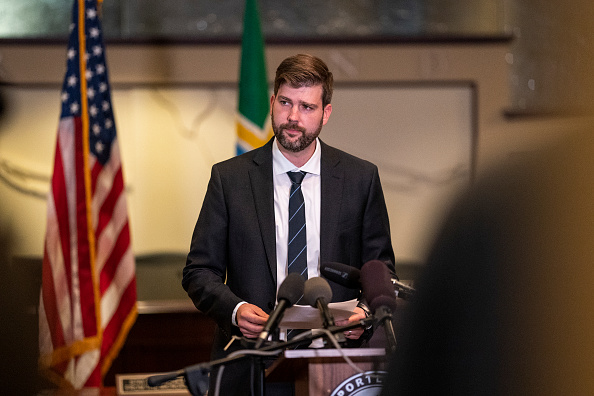 Voters choose a self-declared “social justice warrior” as District Attorney in Multnomah county and he has turned Portland into a real Schmidt-show of violent crime.

When Mike Schmidt took office less than two years ago, the city of Roses had seen 159 shootings at this point in the year. This year, we have more than triple that number.

This year we’re headed for a number North of 100.

Schmidt has to go.

Yesterday in uber-liberal San Francisco, voters turned out to recall that city’s “soft on crime” district attorney by nearly a two to one margin.

George Soros specials like Chesa Boudin and Mike Schmidt claim they’re excusing criminal behavior because it helps the poor and people of color.

Yet San Francisco’s people of color voted to remove Boudin, who is the son of Weather Underground terrorists. Only rich, white neighborhoods rejected the recall.

I’m here to suggest that with so much blood and so many bodies on the streets it’s time for voters in Portland to give the boot to the anti-prosecution prosecutor.