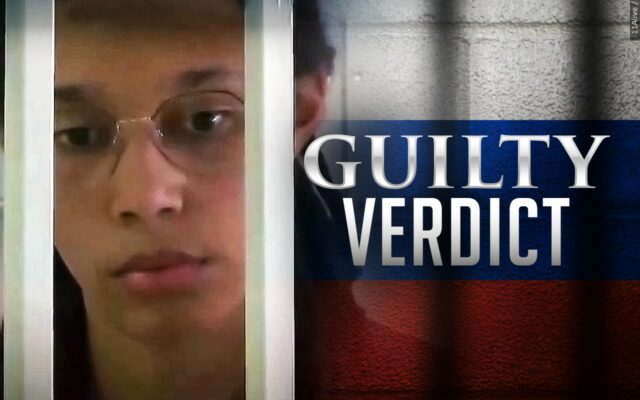 U.S. basketball star Brittney Griner was convicted Wednesday of possession of drugs and sentenced to nine years in prison, despite her insistence was an “honest mistake.” The female WNBA All-Star had been held in a Russian jail for nearly two months after being detained at a Moscow airport with over 5 grams of cannabis (0.02 ounces) in her bag, the Associated Press reported. The Biden regime says they are working hard to secure Griner’s release from Russia and was hopeful. According to a Philadelphia-based law office, which aids Americans imprisoned abroad, there are roughly 1,500 to 2,000 Americans that are being held in foreign jails on such charges as drug possession, customs violations and disorderly conduct. Why should she get special treatment when it comes to US policy? For more information, Lars speaks with Peter Van Buren, who is a former United States Foreign Service employee, and author most recently of “Hooper’s War: A Novel of WWII Japan.”

TheLarsLarsonShow · Peter Van Buren – Should a celebrity get special treatment when it comes to US policy?
Tweets by LarsLarsonShow