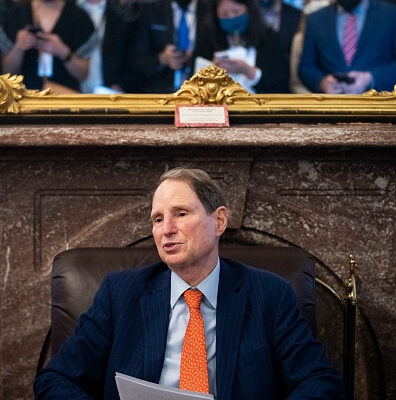 Do you think it might help if we explained basic economics to Ron Wyden?

You know, the part where when raw materials costs go up, so does the cost of the finished product?

And when a barrel of oil goes up in price, so does your gasoline and so do oil industry profits.

Wyden thinks oil companies make too much profit and he has proposed roughly doubling the tax on those companies.

Oil companies usually make a profit of 4.7% across the industry.  Now, when the President creates an artificial shortage of oil in America by canceling pipelines, refusing to lease land for drilling that drives up the cost per barrel.

Wyden’s so called windfall tax on profits would add 21 percent in taxes to the current 21 percent rate.

And who, exactly, does the Senator from New York city think is going to pay those increased taxes?

So while you’re emptying your wallet at the pumps to pay for nearly six dollar gas, Ron Wyden wants the government to get a bigger share of what you pay.