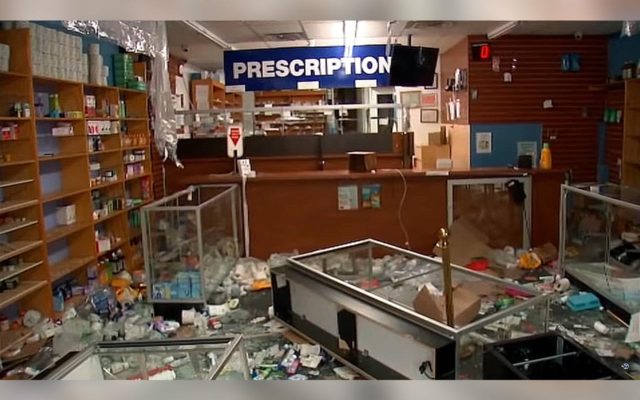 I have a piece of advice:  get used to nightly destruction in Portland

Tens of millions of dollars in damage to private and government property.

Attacks on police officers and even paramedics

The head of homeland security came to Portland in person to demand the city stop the “violent anarchists”.

City officials refuse. They demand federal police stop all efforts to protect hundreds of millions of dollars worth of federal property: in particular the Mark O Hatfield courthouse

Last night a mob of rioters descended on the city again.

Politicians told police to do nothing

Then the mob declared its intent to burn down the Justice Center…at which point police changed their tune.

Brown and Wheeler have allowed this destruction because they believe it benefits Democrats.  Cops have been hurt, property destroyed and the public has been put in Jeopardy…and both the Governor and the Mayor want it to continue…likely all the way to November.

The only thing that can stop this: public pressure.

So far, Portlanders have been largely silent…so I guess it’s “burn, baby burn”

When the bill comes…it will be Portlanders who pay it.  Your choice.