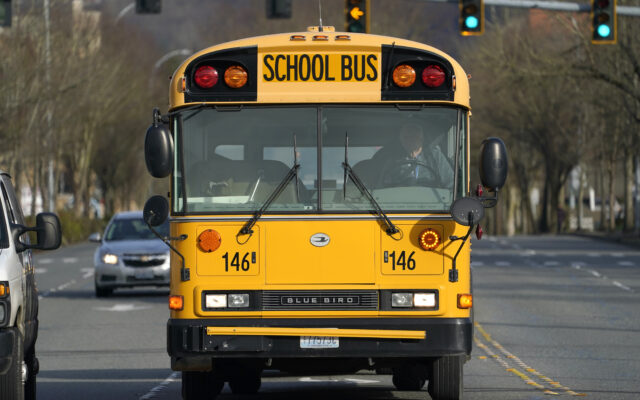 I’ll bet you heard about that cool new bus in the Reynolds School district that’s gonna save so much money…because it’s green and clean because it’s electric!

Hold on the celebration until you hear the real numbers.

The electric bus costs MORE THAN three times as much as the old fashioned diesel buses you and I rode to school.

A diesel bus burns a bit more than 4 thousand dollars in fuel a year.

Fuel…electricity…for the cool new bus is about half that.  Savings 17 hundred bucks

Maintenance for diesel…65 hundred.  Electric bus.  Half of that

Only the electric bus is 250-thousand dollars more than the green bus.

Payoff…about 50 years.  Only the bus will be junked around 30 years.

Oh, and by the way, the electric bus runs on electricity which here in the Northwest is still still 41 percent fossil fuels.  Not as green as you think

So how does Reynolds school district figure it’s such a sweet money saving deal?

Because Portland General Electric paid two thirds of the cost of the bus and passed the costs on to ratepayers.  That’s the magic money that makes this deal press release worthy…get someone else to pay the tab…and don’t let them know they’re on the hook

And don’t forget…America sits on an ocean of oil to make diesel fuel for the old fashioned buses.  The Northwest, according to its own power planners, is headed toward brownouts and blackouts by the end of this decade, because of green policies.