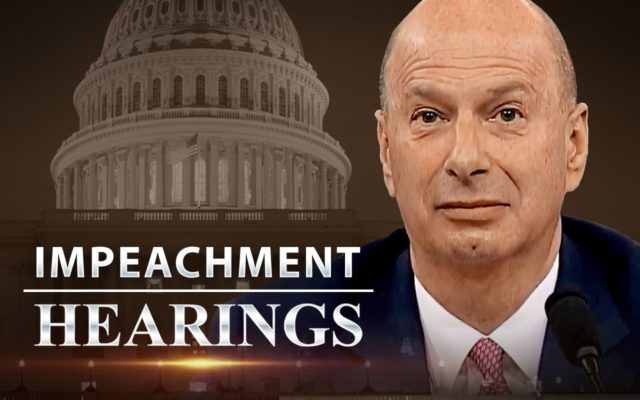 CNN is reporting that Gordan Sondland is claiming the President should be impeached because he is tied to withholding military aid for the investigations of the Biden’s.  The media has confused Americans about where his loyalty lies to distract you from the truth. He doesn’t have evidence that President Trump has done what he’s claiming and tells Rep. Turner in his testimony that he never said the President should be impeached. Listen below for more.