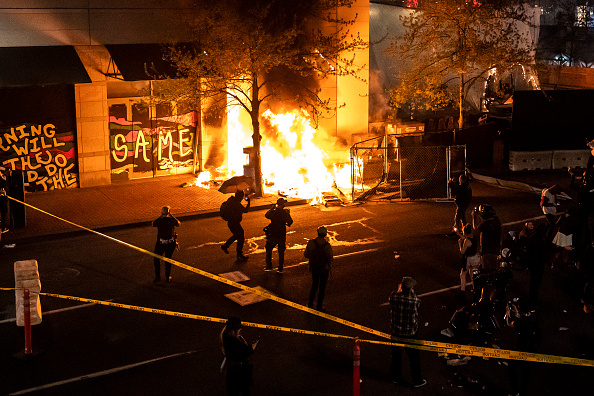 Feckless Ted Wheeler, Mayor and Police commissioner of Portland, has doomed more of his constituents to death and violence this year by his failure to support police.

Hundreds of officers have retired or quit and moved elsewhere.

Wheeler let the city council cut funding to police after a mob in the streets demanded it.

When violent Antifa and BLM thugs took to the streets burning and looting and assaulting…he even went down and joined them…till he got a face full of tear gas and ridicule.

Between his first year as Mayor, six years ago, and today…murders shot up 400%.

Now, Wheeler wants the retired police he abandoned to come back…

But even now, Wheeler tells potential rehires he doesn’t want them if they ever cooperated with Federal Law enforcement.  Wheeler’s political ideology clearly comes before the safety of his city.

81 officers got the letter, begging…pleading…accusing the men and women of leaving the city quote, “in a time of great despair”…that’s some guilt shaming

81 officers with years of experience…and only two officers showed any interest at all.