Portland’s Failed Leadership May Get Everyone Hurt 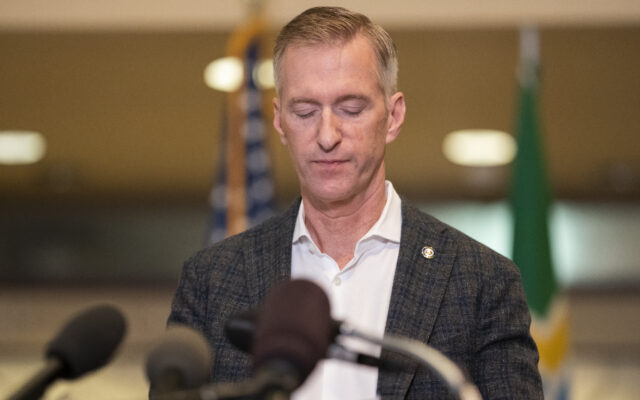 Northwest leaders didn’t get the message, so I guess more people just have to die.

Some parts of America got it.

Minneapolis, where all this “defund the cops” nonsense got started, put it to a vote and citizens said “no way” less than two weeks ago.

New York City elected a new Mayor, Eric Adams.  He’s a democrat and he’s a black American but he’s not listening to the mob in the street.

Don’t you wish Portland’s Feckless Ted Wheeler would do the same?

And how about Seattle’s Jenny Durkan.

They’re not.  Wheeler talks about hiring hundreds of new cops but only over the next three years…while hundreds of cops are fleeing the city for safer places.

Sounds like his “Riot City” is barely staying even.

Portland hit its historic homicide record already this year and we’re on track to see about two dozen more by New Year’s.

Does blood have to run outside city hall like today’s crazy rain before Feckless Ted gets the message?

NW Government Prepares To Require Your Passport To Conformity

Nearly Everyone Is Working, But Kate Doesn't Want Them To Have To Pay Their Bills