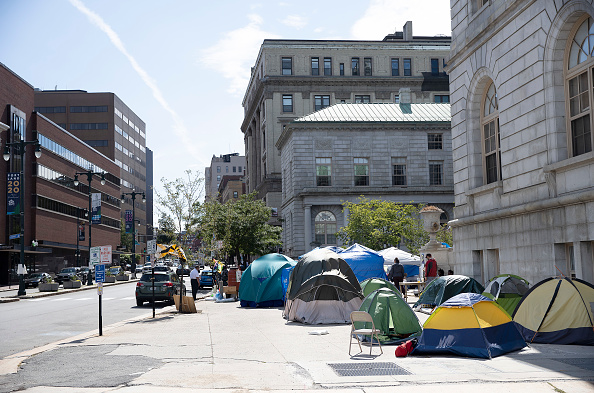 The crime train wreck that Portlandia has become grows worse every day.

Bad decisions by the Mayor, City Council and DA have us on a course to a new and even higher homicide rate this year.

While progressives beg for new laws regulating guns, the thugs on the streets now use prehistoric weapons like rocks and machetes.

High-end retailer Louis Vuitton sees its downtown boutique smashed to pieces in riots sanctioned by Feckless Ted Wheeler and then the city sues the company because it didn’t pay its business taxes…for city services it never got.

A couple of months ago on Hayden Island, national franchise restaurant Cracker Barrel pulled up stakes and abandoned a store that’s only four years old.

Now, we learn that Stanford’s, a Portland steakhouse that has been on Jantzen Beach for decades, is closing “temporarily”.

The company explains that the location, just a couple of hundred yards from the boarded up Cracker Barrel, is simply too dangerous for customers and staff.

I figure “temporarily” is just being diplomatic.  They’ll come back when someone makes the city safe again…and right now, that doesn’t look likely.

Would the last business to leave please turn out the lights?