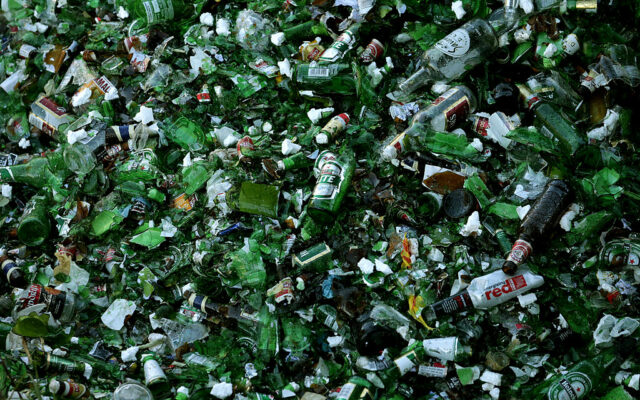 The Owens-Brockway recycling plant is the only place in Oregon that takes glass bottles for recycling, handling more than 100 million pounds last year. This is the last stop for Oregon’s glass, the Bottle Bill, which in 1971 made Oregon the first state in the nation to put a return deposit on drink containers. Sometime soon however, the Portland City Council may cast a vote that would shatter the glass plant.

City commissioners are set to consider two new fees on carbon emissions that would raise the glass plant’s taxes by more than $1 million a year. The new taxes would raise more than $11 million from about 80 companies, and would likely put Owens-Brockway out of business. If Owens-Brockway closes, all of Oregon’s bottles would have to be shipped out of state using diesel fuel or just straight thrown in landfills. All of which would be counter-productive to the “conservation” the bottle bill is supposed to support.

Lars spoke with Pulitzer-prize winning journalist Nigel Jaquiss from Willamette Week about the story, and what it means for the future of Oregon’s recycling efforts.