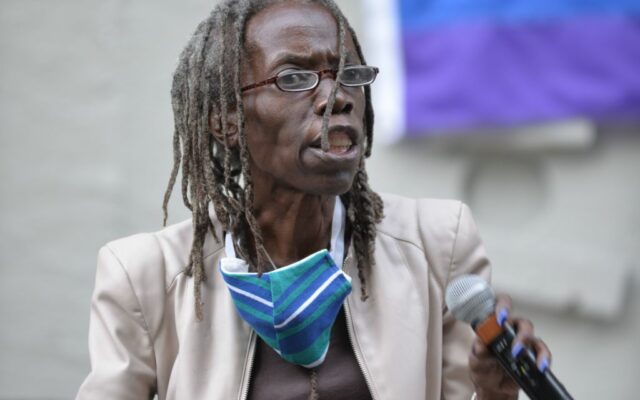 Portland renamed a major street for Rosa Parks because 65 years ago, racists in Alabama ordered black citizens, like Parks, to ride in the back of public buses.

we all agree that was wrong .

Last night Hardesty, a person of color, held a townhall to talk about policing.

She didn’t just send white folks to the BACK of the room…she banned them from the room altogether.

She actually called it “The Black male town hall”.

No women, no whites, no one older than 44.  The only white man in the room was Feckless Ted Wheeler, who apparently saw no problem in taking part in a public meeting based on racist rules.

Oregon law allows a lot of crazy from elected officials.

It seems Hardesty didn’t get THAT memo.

you’d think local TV news would question a public meeting run under “Jim Crow” …but they didn’t.  Every one of them simply announced the meeting…and JoAnn Hardesty’s segregationist rules .

I imagine reporters know the rules of the “woke”…Hardesty wants it and if you speak up…you’re likely to get cancelled…the way she’s trying to cancel policing in the city of Portland.