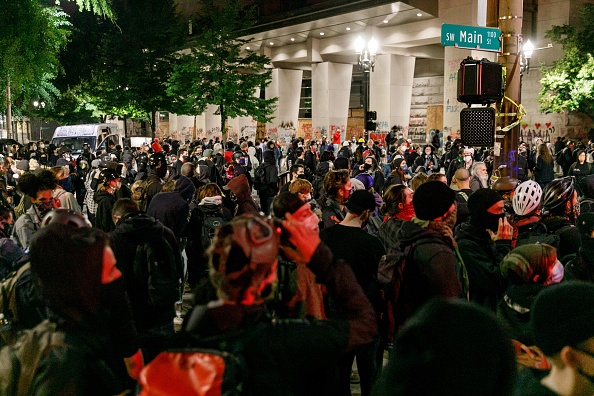 Leave it to Portlandia to see the only post-Rittenhouse riot in America.

I mean, that is what the City of Riots has become known for.

They’ve tied the hands of the cops too, restricting what can be done with violent crowds.

So, last Friday night, after a jury of 12 decided that Kyle Rittenhouse committed no crime when he shot three people who were attacking him…Portland’s City Council and Mayor disparaged the decision as unjust.

200 people showed up to attack the Justice Center, a symbol of the government that had just endorsed their anger over the verdict.

They declared their intent to burn the place down.

And big surprise, the Police issued five tickets and 17 warnings and arrested only one guy…because he had an outstanding warrant.

Portland city government has the same disturbing relationship with the Antifa and BLM thugs that you sometimes see in couples…no matter how many times the rioters beat the city up, Portlandia never fights back and she always comes back for more.