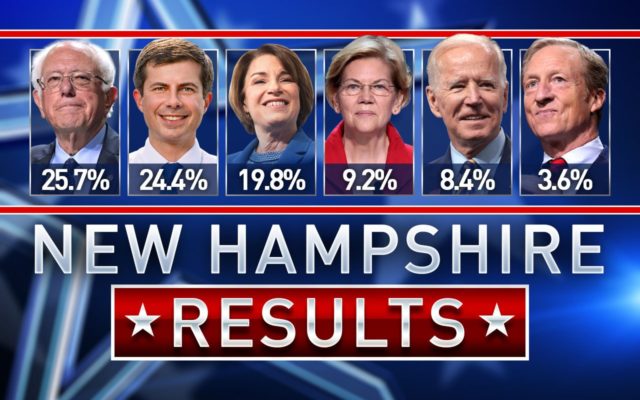 American Democrat Party members have become masters of their own disaster. The latest proof comes from the Granite State of New Hampshire.  The presumptive Democrat Presidential Nominee, Joe Biden, ran from the state last night with his tail between his legs…before the number count showed his 8 percent. How did that happen? Barack Obama let Blue Collar Joe turn the vice presidency into the family ATM for 8 years…just as he did with Hillary Clinton.  Then Nancy Pelosi launched a doomed to fail impeachment against President Trump, guaranteed to shine a spotlight on Biden’s corrupt activities in Ukraine, dooming his campaign. That leaves the Democrats with the communist from Vermont, Bernie Sanders, who won last night and has a tremendous chance to win the nomination this summer.  The Party knows that Bernie’s 100 trillion dollar plans for Green New Deal, Medicare for all and pay off your student debt plans can’t win in November. So, they plan to cheat him of the nomination again…and that’s likely to splinter the Party of slavery and the Klan with angry voters…who they hope will show up and vote for ABT…Anyone But Trump.  The die is cast in the corruption of this political party…and America will enjoy four more years of the President who made America great again. I can’t wait.