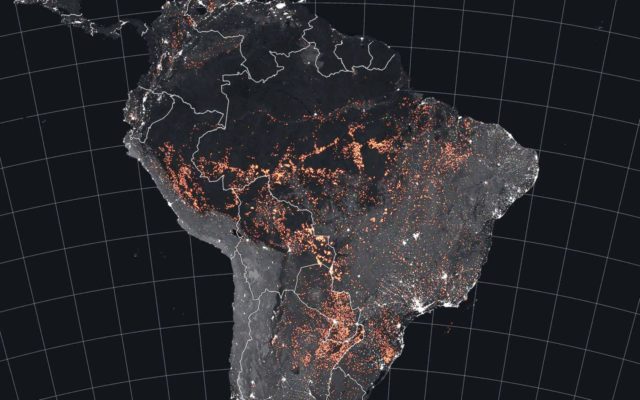 Lars brings on Chuck Wiese, an airline pilot, Global Warming Debunker, and a meteorologist to discuss how the fires in the Amazon region affects the atmosphere and oxygen production.  Reports have suggested that these fires are the worst the world has seen in the past 15 years.  However other reports suggest that in the months of July and August the fires currently “scorching” the Earth should be considered average.  Listen below for more.