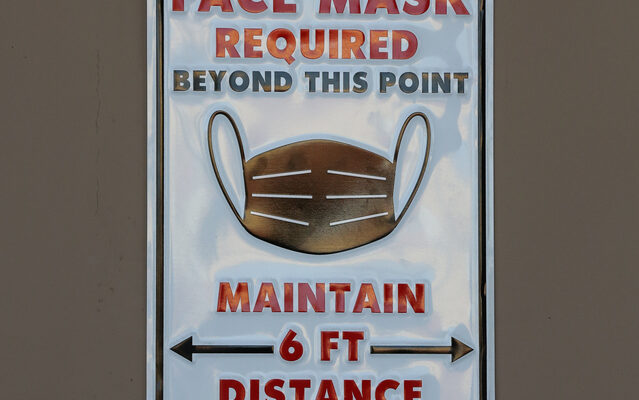 Figure this out:  when sensible folks go one way…the governments of Oregon and Washington always go the other.

The disease is headed from pandemic to endemic, cases have dropped and most places are abandoning mask mandates.

At least a dozen countries have done it.

A dozen American states have done it, including places run by liberal democrats. Even California, run by Gavin “i don’t have to wear my mask at the ballgame” Newsome decided to end the rule NEXT WEEK.

What does Oregon do?

Yesterday, Kate Brown’s Oregon Health Authority made its indoor mask rule PERMANENT.  They do promise to stop enforcing it…but only at the end of NEXT MONTH…and the permanent rule stays on the books so the Governor can bring it back quickly any time she wants.

And in Washington state , Governor Jay Inslee announced yesterday he will reconsider the mask rules “in the near future”.

That’s the equivalent of your mom telling you “we’ll see”.

The two northwest states slapped down the most draconian rules all the way through the pandemic years…and seem bound and determined to be the last ones to give them up.

Folks, there’s an election this year.  Make good use of it