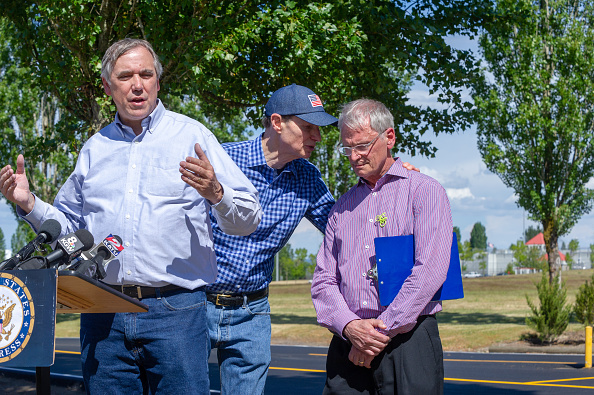 Earl Blumenauer and Jeff Merkley never had a job in the real world.

Maybe that’s why this pair of congress critters is so damn lazy.

The two democrats have held elective office for a combined total of 70 years.

Allegedly, their job is representing the people of Oregon.

Lately, they’ve been begging Joe Biden to do what they WON’T do…and what they know Americans don’t WANT them to do.

Yesterday, Slo Joe declared a “climate emergency”.  But he refused to do what Blumenauer and Merkley begged him to do in letters they sent to the President.

Both of them know the public doesn’t want these new crazy green policies, and they admit the Congress won’t pass them.

Like I said, they allegedly represent the public.  So, they want Joe to do by executive order the very thing they refuse to do.

And you can understand why the public opposes this green nonsense.

Gasoline prices have nearly doubled under Biden’s green policies.  Diesel costs have driven up the cost of food and transportation.  Electricity, up by double digits nationwide.

Anyone want to vote for more of that?

They want Biden to do the dirty deed for them…so they can hang onto their sweet, do-nothing jobs.

You can read the story here: https://www.opb.org/article/2022/07/20/climate-emergency-biden-oregon-blumenauer-merkley/