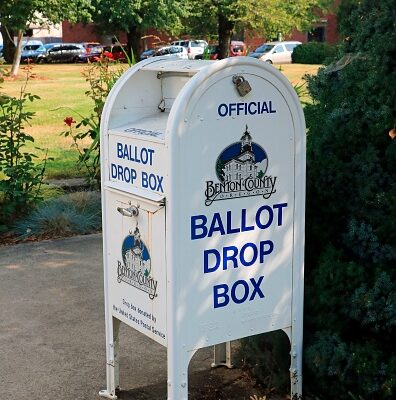 I heard the message from yesterday’s Oregon Primary election.

I’m very happy that the Republican nominee for Governor, Christine Drazan, made a commitment on my talk show to demand a full, forensic audit of Oregon elections…something Democrat Governors have never agreed to do because the flawed vote by mail system works very well for them…democrats nearly always win.

Yesterday, in one of the biggest populations in Oregon, Clackamas County managed to so badly screw up an election we still don’t know the result..

Then, we’re supposed to trust the same folks who didn’t notice the bar code flaw to faithfully transcribe your votes.

As for the Governor’s race, Oregonians now have a choice…hand over the state an even more extreme left wing version of Kate Brown in Tina Kotek, pick the independent Betsy Johnson…or vote for Republican Drazan…and get our elections system fixed.