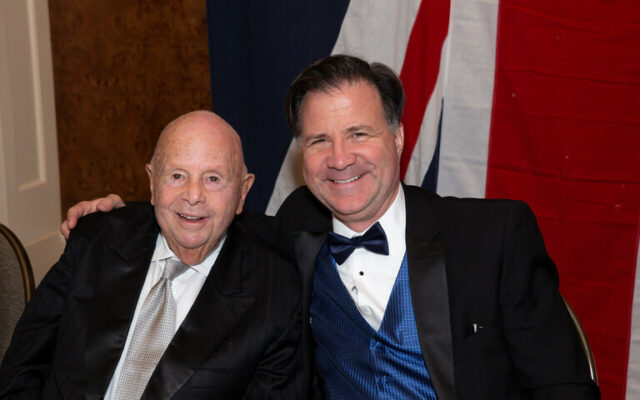 Oregon lost it’s number one ambassador Sunday morning and I lost a friend that I enjoyed talking to at least once a day for the past 3 decades.

Gerry Frank was born into a well-known Northwest family: the one that created the Meier & Frank Department store chain…and Oregon Governor, Julius Meier.

Gerry didn’t have to work: could have spent life on the beach.

But his father instilled a work ethic that endured in him till his last days.

He served Oregon Governor Mark Hatfield, till voters sent Hatfield to Washington D.C. as their Senator…where Gerry worked as Hatfield’s Chief of Staff for a quarter century.

Gerry knew New York city so well he wrote a guidebook to the Big Apple.

When publishers turned up their noses at a book by a guy from Salem, Oregon, Gerry self-published it…sold well over a million copies.

For decades, Gerry gave 300 speeches a year around the country.

Nearly all of them, about Oregon.

Gerry spent 98 years on earth, most of it in public service.

If God ever needs a guidebook to Heaven, the man to write it just arrived.