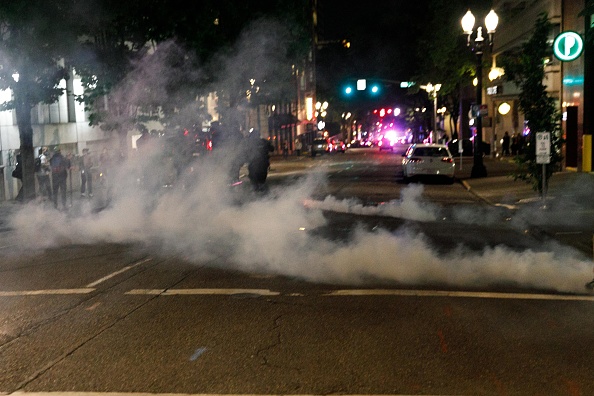 Death Culture has a new ground zero and it’s Oregon.

Well, we had fair warning that more violent riots would come from fans of fatality here in the Northwest states..

Last night, rioters busted up a nearly dead downtown Portland where regular citizens fear to tread most days and foot traffic is down more than 70 percent.

And the cause that motivated this new vandalism, incendiary devices, broken windows, graffiti and damage to business?

The right to kill the unborn.

Which, by the way, in Left wing states like Oregon and Washington is in no immediate danger, no matter what the Supreme Court decides.  That’s because Blue State elected liberals will do everything they can to celebrate death.

Heck, Oregon lawmakers voted 15 million bucks to pay the travel and lodging costs of women who want to get vacation abortions here.

First place on Earth to legalize doctor assisted suicide.  Now liberalized so no residency required before you off yourself.

Homicides hit a new all time record last year and so far this year, Portland’s primed to set another record this year to eclipse that one.

Voters legalized hard drugs and fatal overdoses have skyrocketed and Northwest cities will provide you with free housing to continue your addiction until that last needle.