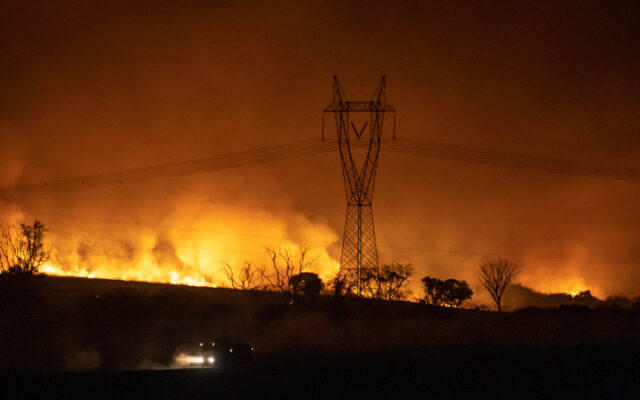 Tens of thousands of Californians sat in the dark this week as the state’s power grid failed to deliver.

Bad management by elected officials who stripped the state of reliable energy and forced utilities to waste money on solar and wind.

The Northwest has the same problem but add one complication: wildfires.

Late yesterday, Pacific Power put thousands of customers on notice they stand to lose juice as soon as tomorrow morning and it may be out till Saturday night.

Utilities have no choice: they take the blame for fires near their lines.

So, it makes sense to turn out the lights instead for as long as it takes.

Forest scientist Dr Bob Zybach points out that for three decades from’57 to ‘87, Oregon had NO LARGE FOREST FIRES AT ALL.

Back then, we logged forests, replanted them and gave America a literally endless supply of wood, lots of jobs and tax money for schools…and, let me say it again:

NO FIRES OF ANY CONSEQUENCE.

Then the tree huggers took over.

For the last decade, wildfires burned an average 691-thousand acres of  beautiful, valuable forests owned by you and me…and now, your lights go out.