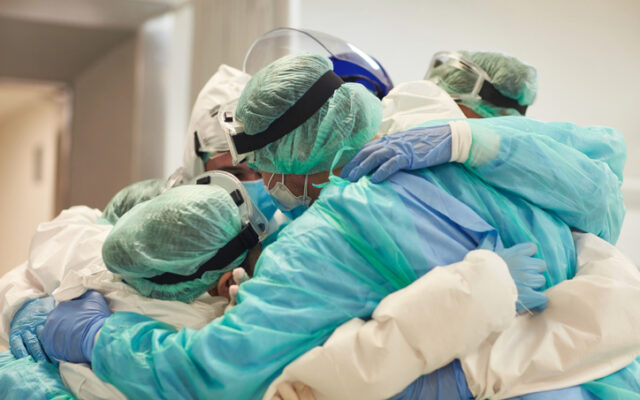 People here in the Northwest need to ask hard questions about the staffing crisis at hospitals.

Other hospitals refuse to say how many of the people they called “heroes” less than a year ago they have been pink slipped.

All because they would not take the covid vaccination

Elites in Government like Joe Biden, Kate Brown and Jay Inslee claim those not taking the shot are stupid red necks who voted for Donald Trump

Fact is, a lot of folks with degrees in medicine don’t trust the shot…and that tells me plenty.

The situation is so bad that my colleague Rosemary Reynolds at our flagship talk station, KXL…reports the state of Oregon will hold a job fair this week, to find 15-thousand healthcare workers…to replace the literally thousands of healthcare workers hospitals just fired.  If that makes sense to any of you I’d love to get a Naysayer caller to explain it.

Donald Trump joins me on my talk show today.  Trump allegedly lost the November election…but the polls show that the man who allegedly beat him, Joe Biden, would lose to him today.  We’re headed for massive inflation, trillions in new taxes…and we have a President who claimed on Twitter this morning that his 3.5 trillion dollars social welfare spending plan…will cost Americans exactly zero dollars. In-sane!