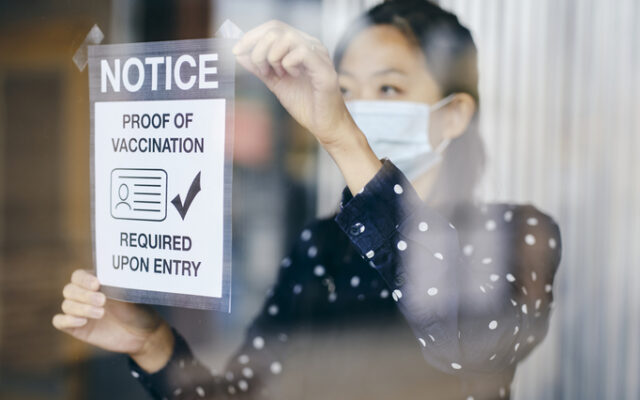 America’s mask madness must end, and it IS in most places

Only the Governors of Oregon and Washington plan to make their states the last anti freedom governments standing.

Liberal California has dropped…along with Nevada and Mexico.

Not to be outdone, Washington’s Jay Inslee holds to his mask mandate two days longer…till the 21st.

Both of them claim to be following science.

Yet today, the Centers for Disease Control announces, UNmasking nearly every place in America.

I plan to ask Kate and Jay if they’ll follow the CDC if they’re following their own “political science” instead.

At the Oregon Legislature…Democrats literally voted to kick Republican leader Senator Dallas Heard out of the building for not wearing a mask.

As he walked out, Heard told other lawmakers, “Wrap yourself up like a mummy if you want, but don’t force my children or someone else against their will”