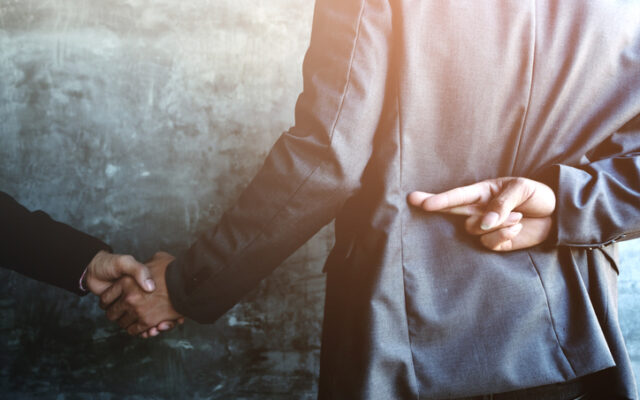 Does it matter when the President lies to Americans?  I’ve always thought so.

Five weeks ago, reporters pressed Joe Biden, demanding to know if his intelligence assets had told him Afghanistan would fall apart quickly.

He flatly denied it.

Then, beginning last week, Afghanistan came apart in five short days…trapping thousands of Americans in the capital city today…and tens of thousands of Afghans who helped us during the 20 year war.

Now, the intel community says it did warn the President but he was so dead set on departure…on HIS timetable, not Donald Trump’s …that he went ahead with it anyway.

Last year, candidate Joe Biden, campaigning from his Delaware basement, vowed that he would quote, “take responsibility” and quote “not blame others” for his mistakes.

This week, during a brief break from his vacation, Biden gave a 20 minute speech in which he took NO responsibility.  He blamed Trump, he blamed the Afghan Army and anyone else he could think of.

If the CIA and NSA lied to Biden and sandbagged him then Americans deserve to know that.

But if it was Biden who lied when he claimed Kabul would not fall quickly…then Joe Biden should resign or be removed.

American lives are on the line and Lyin’ Biden owes all of us an explanation.