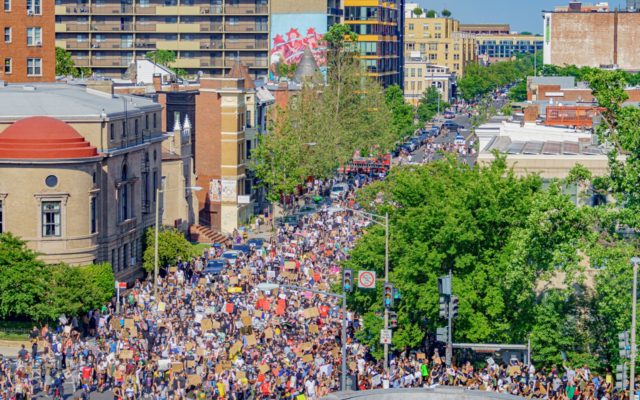 On Monday, I told you I’d been adding up the China Virus numbers and they point a bad direction.  Daily new cases for the 90 days leading up to last Friday averaged 44.  But after ten days of riots…sanctioned by our top elected leaders…new Coronavirus numbers doubled last Friday, same for Saturday, tripled on Sunday and then yesterday, quadruple the daily average.

So late last night, Governor Kate Brown came out of her bunker to put the much heralded phase one reopening of Multnomah County on hold.

Kate must think we’re dumb as stumps.  She claims they don’t know where this spike in the Communist Chinese spread virus came from.

Thousands and thousands of people marching and shouting and rioting and looting for 8 or more hours a day…day after day.

Yeah Kate, it’s a real mystery.  I wonder how that darn virus is getting around.

This is the same “Lockdown Brown” who has told Christian Churches that gatherings bigger than 25 people for an hour of Sunday service is too deadly dangerous to allow.

But for the marches and riots and looting  and chaos…Governor Brown’s comment on twitter “I’ve been inspired to see tens of thousands of Oregonians raising their voices to demand justice.” She doesn’t bother to mention the infection they spread leaves plans for reopening the economy dead.