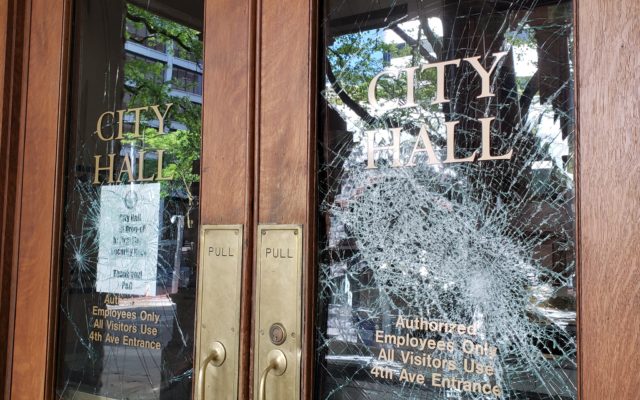 I’m sick to death of hearing these crowds of thugs described as protesters.  And if they’re not looting and burning and attacking police & citizens, then they provide cover for these criminals.  The criminal activity night after night doesn’t just destroy property, it tears at the rule of law.  We have a country full of people who have for months put limits on their own lives to protect their fellow citizens from the China Virus.  We follow the law

Now we see groups claiming the right to break any law they like for no reason so they can throw a giant tantrum night after night.

Do they have a grievance?  Sure.  A man was murdered allegedly by a cop.  The cop has been fired and he’s charged with murder

What do protesters demand?  Defund the police.  Close the jails.  Stop enforcing the law.  And even the non looting protesters violate the laws

Impose a curfew…and they violate it

And then you get chaos…which is just what anarchists like the Antifa Terrorist group want.  Lets not give them what they want…and fire the politicians like Ted Wheeler and Kate Brown who would