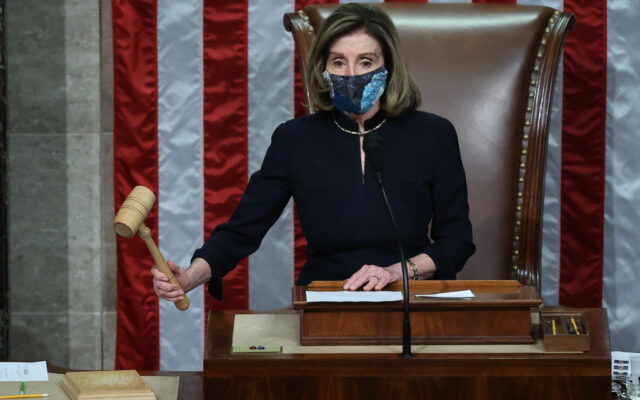 First, Democrats and a few sell out Republicans like Jaime Herrera Beutler blame Trump for inciting a riot with fiery words in a speech.

Only the FBI has already determined criminals planned the assault on the capitol for weeks before the President even spoke.

This one took less than a week.  So much for “careful consideration”

The Constitution calls for impeachment in the House, trial in the Senate.

Only there’s no time before inauguration day…so you hear plans for a trial after January 20th.

The Senate has the power to impeach a President.  The Constitution and a rack of Supreme Court decisions forbid such action against a private citizen.

So, unless Capitol Hill insists Donald Trump will still be President on January 21st…they can’t put him on trial.

Finally, there’s the problem of votes.  Even Jeff Bezos’ very liberal Washington Post counts up the votes for a conviction at least 12 votes short.

Yesterday’s vote doesn’t remove the President, can’t convict him, and won’t stop him from running in 2024