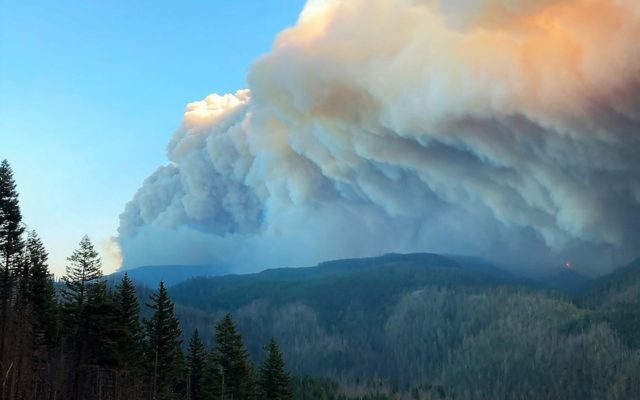 You choke on the smoke while our so called leaders go about rearranging the deck chairs on the Titanic.

Even when the forecast called for fierce East Winds…they let it burn.

Democrat Party Presidential candidate Joe Biden crawled out of his basement and all the way to his backyard in Delaware to blame Donald Trump for the fires. Called him a climate arsonist. Fuel in the forests is what burns…not high temps

Remember, this is a guy who spent almost half a century in public office making policy…while President Trump hasn’t been in office 4 years…but Slow Joe says “the Orange man did it”.

Fact is we have disastrous policies for our nation’s forests that primed them for these fires.

We can change that anytime…harvest trees, make jobs, clear the fuels whose smoke you’re breathing right now. Stop importing almost half our lumber from canada and cut our own trees

but not with this bunch using crazy talk to shift the blame to anyone but them.

Oh, and by the way, catch the arsonists who seem to have ignited the majority of the 100 wildfires burning in the Western United States. And stop letting them out of jail so fast that one of them set fires, was arrested, booked, and released and setting more fires in less than 12 hours this week.

TheLarsLarsonShow · Greg Pisano – What are the differences between Marion and Linn Counties evacuation process?
Tweets by LarsLarsonShow