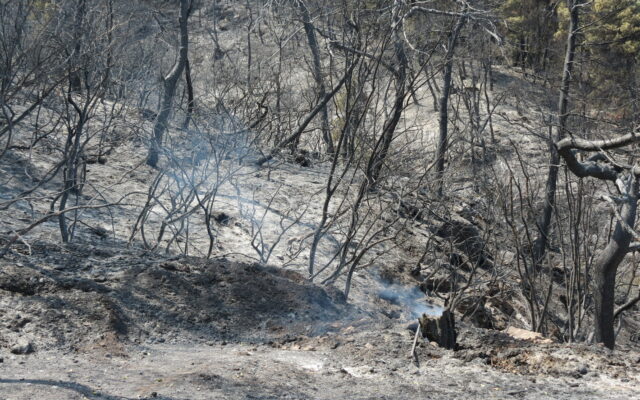 The rain arrived just in time to help out firefighters battling blazes born out of bad management of Northwest forests.

The next fight? Salvage of all those burned trees.  Don’t bet on it.

Government has a bad history in that department.

The Sour biscuit fires, 18 years ago, burned half a million acres.  The forest service proposed salvage of about 1% of that…and even then, tree huggers took them to court and fought.  In the end, most of it rotted and little was replanted.

Private landowners quickly cut up their burned trees and send them off to mills.   You can still get a lot of good lumber out of a burned tree…and then you replant the forest quickly.  That holds soil in place and it means a brand new forest faster

Yesterday, Oregon Congressman Greg Walden reminded me that while it seems like the greatest carbon output of this fire is this smoke we have been breathing.  In reality, 70% of the carbon that global warming true believers worry about so much comes from rotting logs…which could have been lumber and jobs.

The “sustainability” crowd will hector you to recycle your cans and bottles and cardboard…but when it comes to forests hit by fire…their prescription is not recycling, but to to let it die and lie and go to waste.

It seems like a contradiction to me but then with double standard democrats in charge, we have plenty of those.