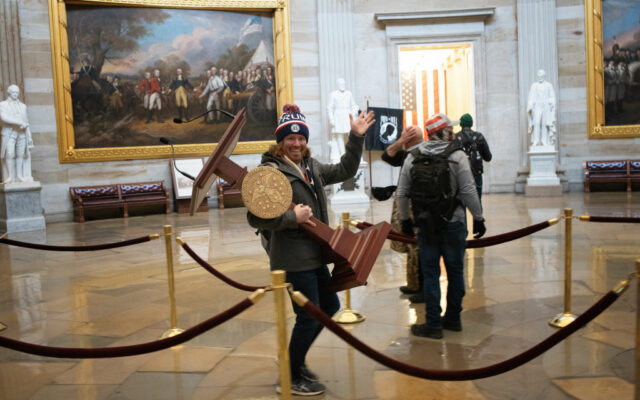 I spent most of last year condemning the mob violence in American cities, including notably Portland and Seattle.

I didn’t support it when Antifa and Black Lives Matter wrecked cities.

And I don’t endorse it when advocates for President Trump do it .

Yesterday, tens of thousands of Americans gathered for a peaceful rally in support of the President on the capitol mall.

Hundreds of them then decided to physically break into the capitol and wreck things.

Yes, I’ve heard theories that blame Antifa infiltrators: could be. Police arrested 50 people and they’re trying to identify hundreds more. That should tell the tale. If it turns out they’re BLM and Antifa, I’ll be happy to lay the blame there.

I do know that one woman was shot to death by a capitol cop in DC.

Ashli Babbit served in America’s Air Force and deployed to Iraq, Afghanistan, Kuwait and Qatar. She was a full throated supporter of President Trump. No false flag there.

Video does not show Babbit doing anything other than climbing through a broken window. I hope her shooting death gets a full investigation.

And it’s worth noting that a lot of the liberal politicians who stood silent during more than a half year of riots and arson and even murder done by left wingers…discovered they had tongues yesterday. And a lot of liberal elected elites who’ve demanded defunding of police…were very happy when officers came to their aid.