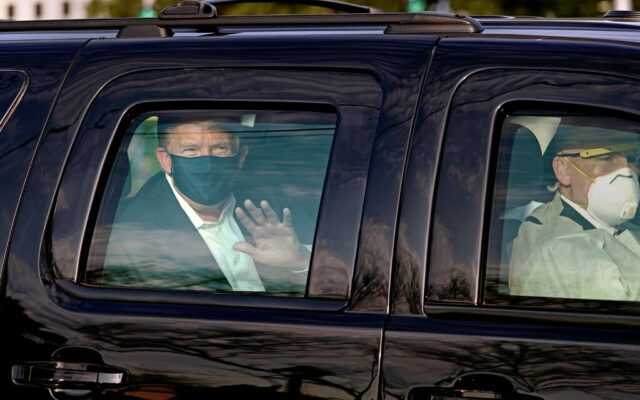 Sadly, it took the President’s infection with China Virus to really show how much America’s left wing hates Donald Trump

When the word came down last week that Trump was sick, reasonable people prayed for his speedy recovery.

But too many liberal democrats liberally wished for the death of the President of the United States.

Meanwhile, hundreds of people maintained a vigil outside Walter Reed Military Medical Center where President Trump had been taken Friday night…out of an abundance of caution

And the President decided to put on a mask and masked up Secret Service agents took him for a lap around the hospital…so he could let the folks standing vigil outside know he appreciates their support.

Amazingly, the media condemned the trip, claiming falsely that it put lives at risk.

Pretty crazy when it takes a five minute car trip to get the media to care about the lives of law enforcement for the first time in at least the last four months.