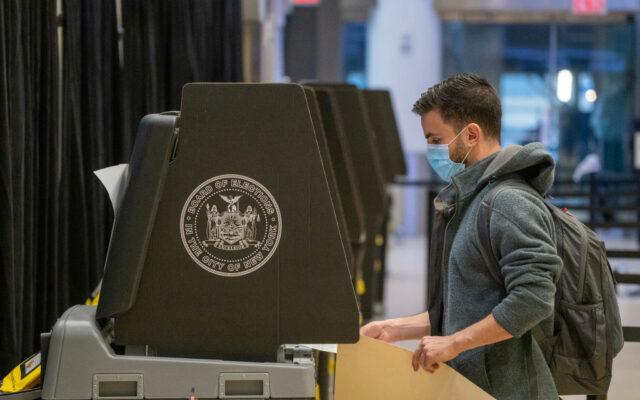 (Photo by David Dee Delgado/Getty Images)
Those boarded up windows you see in Portland, Seattle and many American cities today represent a prediction: Donald Trump wins tonight with more than 300 electoral votes…no matter what the result in Oregon and Washington state.
But store owners aren’t boarding up because they fear a wave of angry, red hat wearing Trump fans. That’s not how conservatives behave.
Imagine that America now has to anticipate dangerous and even deadly riots that depend on who wins an election.
Trump derangement syndrome hit so many people…including some who disowned family members and lifelong friends simply because they won’t vote for China Joe.
Let’s hope that after the vote count tonight, there’s a clear decision.
It’s only been twenty years since the Bush/Gore election where the final result came in mid December.
America has real problems to deal with…economic recovery that’s happening right now…putting people back to work. We don’t need the kind of uncertainty that comes from a long delay in election results.
And remember why it happened…insisting on a massive increase in vote by mail…and demanding that votes received days after the election, matching signature or not…postmark or not…still count.
Tweets by LarsLarsonShow