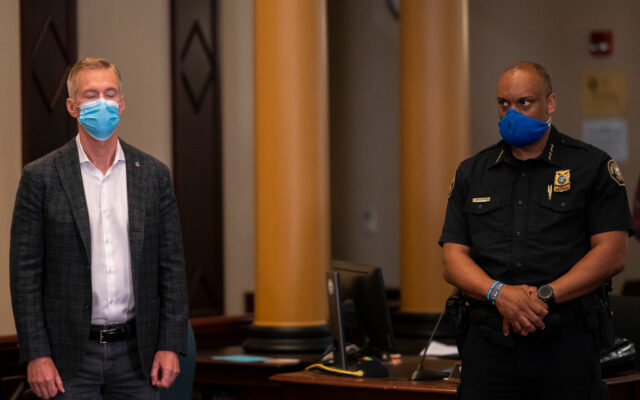 I find it impossible to imagine an elected official more tone deaf than Feckless Mayor Ted Wheeler of Portlandia.

The Mayor ties the hands of police for six months as riots, arson, looting and even murder tear at the heart of his city.

He denies them crowd control, forbids making mass arrests and then wades into the mob to show he’s one of them

He doesn’t lift a finger when the new District Attorney refuses to prosecute more than a thousand crimes, many of them violence aimed at the cops.

Now, 70 cops are retiring early, taking jobs elsewhere…getting out of Dodge any way they can.  I don’t blame em

Portland has about half the officers most cities its size put behind the badge.

The Mayor, confronted with those comments, merely insists the city has never seen a Mayor that works as hard as he does.

Like I said, Tone Deaf Teddy doesn’t get it.