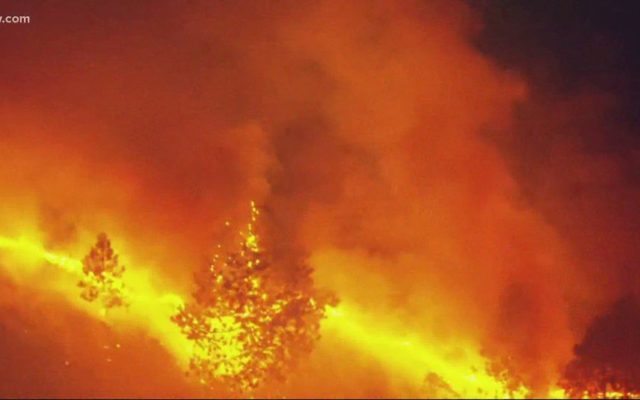 Green policies here in the Northwest have turned the skies red and the landscape black.  But we could make different choices.

Two friends called me last night to say they’d been put on standby, like thousands of others in Oregon & Washington, ready to evacuate their homes on short notice, because of wildfires.

Hundreds of thousands of people found themselves with no electric power, including yours truly for a time.

We can’t control the weather, but we could manage those burning lands differently.

That’s a choice citizens must make clear to elected leaders who are going exactly the opposite direction.

Greenie leaders don’t like to cut trees, so Northwest forests get primed for fire

They want to tear out dams to irrigate hundreds of thousands of acres instead of building more.

And when the fires start, greenie rules often deny firefighters the best equipment to put them out.

And since so many fires come from human causes, what’s the example they set:  When a teenager stupidly lit a firework three years ago this month and set the woods on fire, they hid his name and gave him almost no punishment at all