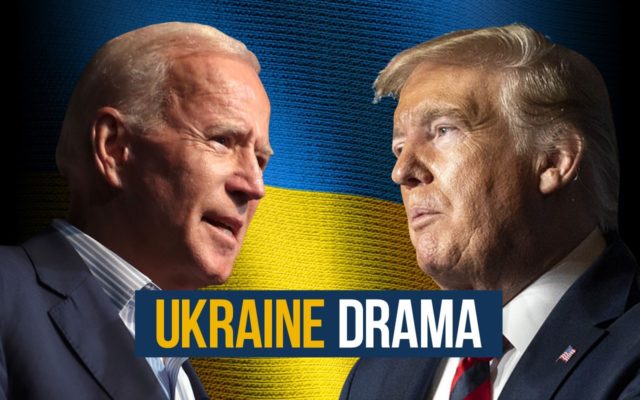 I came here to Washington DC this week to do my show from “Feet to the Fire”. While I take on all the issues we usually cover, we planned to talk a lot about illegal aliens and the threat unfettered illegal entry to the U.S. poses to this country.

Let’s talk about leakers. Many of the people up on capitol hill, a few blocks from here call this person a “whistleblower” but now we know he or she or they are just a plain old garden variety LEAKER.

There was a time when leakers, like fired FBI head James Comey, would leak by sneaking documents to a friend at a university and then to a newspaper…so it ends up in front of citizens.

Now, we know that people in government who want to use leaks to make outrageous charges against a President can claim to be whistleblowers.

A LEAKER (whistleblower) filed a complaint, anonymously against the President of the United States.

We don’t know the person’s name, age or pronoun. The complaint charges that Donald Trump asked the President of Ukraine to help him attack democrat presidential candidate Joe Biden, former VP (from the complaint) “pressured a foreign government to investigate one of the president’s main domestic political rivals.”

We have now seen the transcript of the call.

We have now seen the complaint: what it says and what it doesn’t say.

The LEAKER admits he didn’t witness any of what he’s complaining about.

SO HIS WHISTLEBLOWING IS HEARSAY “I HEARD IT FROM SOME FOLKS AND IT’S TRUE”.

He says he heard bits and pieces from folks who DID HEAR WHAT THE President said during a phone call to the new President of Ukraine.

The LEAKER admits he has a political bias against President Trump.

IN THE LEAKER COMPLAINT…HE SAYS THE PRESIDENT EXCHANGED SOME PLEASANTRIES WITH THE NEW PRESIDENT OF UKRAINE he quote “used the remainder of the call to advance his personal interests.”

Here’s what happened. The transcript of the 30-minute phone call shows President trump asked about an investigation of Hunter Biden, son of former Vice President Joe Biden”…asked why the prosecutor in that investigation was fired and the investigation ended. ONE TIME. the rest of the call was about a variety of other matters…not joe biden…not Hunter Biden. Quoting from the phone call “There’s a lot of talk about Biden’s son, that Biden stopped the prosecution and a lot of people want to find out about that,” Trump told Zelenskiy on a July 25.”

NOW, LETS TAKEN A LISTEN TO JOE BIDEN BRAGGING ABOUT THAT “I REMEMBER GOING OVER…WELL, SON OF A BITCH, HE GOT FIRED.”

Now, why is this significant? A Ukraine nat gas company, under investigation for corruption, puts Hunter Biden on its board of directors at more than one million dollars a year…while his father was vice president. He had no experience in Ukraine, no experience in the natural gas business…and he had just been discharged from the Naval reserves for testing positive for cocaine.

IN THE LEAKER COMPLAINT…

Hunter goes on the board, gets paid millions and his dad gets the prosecutor looking into corruption charges against the company fired…using American taxpayer money as leverage.

President Zelenskiy: “Well yes, to tell you the truth, we are trying to work hard because we wanted to drain the swamp here in our country. We brought in many many new people. Not the old politicians, not the typical politicians, because we want to have a new format and a new type of government. You are a great teacher for us and in that.”