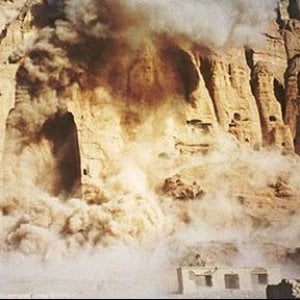 She believes in the rule of law and the U.S. Constitution.

Democrats, not so much.

Consider what America has seen in just the last six months or so.

American cities, ripped by riots, and liberal democrats who run those cities, like Ted Wheeler in Portland and Jenny Durkan in Seattle refuse to enforce the law.

Local prosecutors in both cities refuse to prosecute.

Governors in Oregon and Washington who refuse to step in and defend the lives and property of citizens from the Mobocracy.

The Senate confirmation hearings this week seem guaranteed to lead to the confirmation of Judge Coney Barrett to the Supreme Court, where she promises to make decisions based on the law…and not on her personal beliefs.

We could use more of that in local leadership.

20 years ago in March, the Taliban blew up two huge, centuries old statues in Afghanistan because they didn’t agree with what they represented.

This past weekend in Portland, Mobs no better than the Taliban tore down statues of Abraham Lincoln and Teddy Roosevelt for the same reason…and I expect a deafening silence from the so called leaders

TheLarsLarsonShow · James Buchal – Why did the PPB stand down during yesterday’s riots?
Tweets by LarsLarsonShow