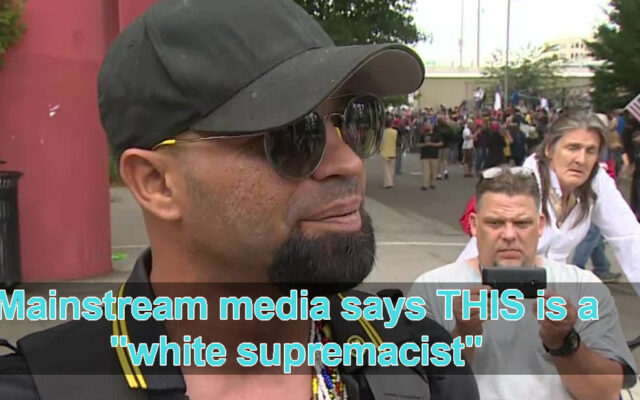 Double standards multiply like rabbits when Democrats run the show.

Many of us have wondered for months when someone would condemn the violence we’ve seen in the cities of the northwest.  Night after night of riots, looting, arson, vandalism and at least a few murders.

Until a conservative group does a counter protest.

That happens tomorrow as the Proud Boys group shows up, perhaps in the thousands at delta park.

Already the Governor of the state plans a full blown press conference to condemn the group…where she has failed to condemn months of anti trump riots.  The city of Portland has condemned the group for its speech.  They refused to issue a permit for the Rally.  It’s worth pointing out that Antifa and BLM have NEVER even ASKED for a permit…they just fill up their molotov cocktails and change the batteries in the lasers they use to blind cops.  They don’t need no stinking permit.

The mainstream media labels Proud Boys a white supremacist group which is bizarre:  yesterday I interviewed Enrique Tarrio,  President Proud Boys.  When I asked him about the accusation the group stands for anti American values and white Nationalism, this Latino Cuban American he laughs.