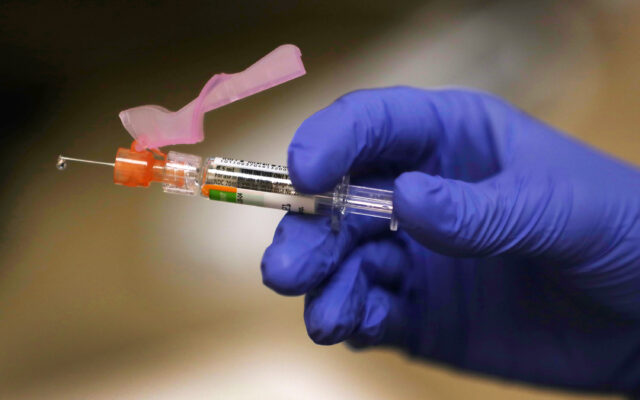 Washington and Oregon know the problem well.  A third or more of residents choose not to get shots to protect against well known diseases.  That leaves big populations of school kids at risk of outbreaks we saw even before the China Virus arrived here

In the VP debate, Kamala Harris bizarrely insisted that she WILL take a vaccine if doctors ok it…but would REFUSE if it’s endorsed by President Trump.  This is science Democrat style?  No shot if it has Trump “cooties”?

The same kind of anti-vaxxer nonsense has Oregon’s Governor joining a cabal of states…insisting they will hold up a vaccine from the public…even after it’s approved by the FDA…until those states do their own independent review.  That means looking at tens of thousands of vaccine trials and hundreds of thousands of pages of reports.  And there’s no indication Brown and company have any expertise to re review something already signed off on by the FDA while millions wait for a vaccine.

Months of delay for protection from a disease that has caused more than 200-thousand deaths in America.

When politicians stage this kind of nonsense, they know it influences a lot of people already queasy about shots…and that means some will decide not to get it.

Polls show about two thirds of Americans will welcome a China Virus vaccine and line up for shots.  No one should be forced to get a vaccine…but no politician should hold it back from citizens who want one.