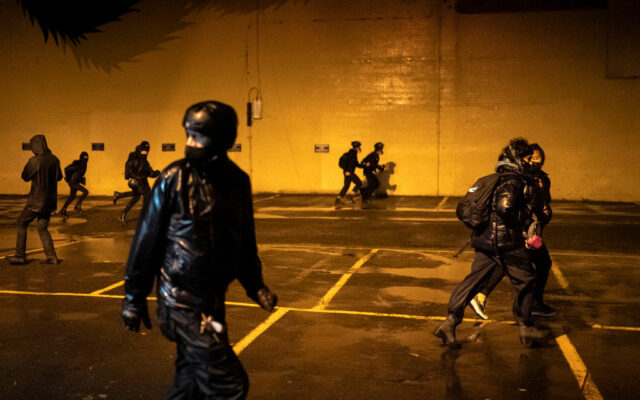 When Antifa rioters began tearing up downtown Portland, seven months ago, Feckless Ted Wheeler didn’t object much.  The Mayor certainly didn’t call them out by name.

Riots served a political purpose back then, Wheeler had an election to win.

Most of the media carried water for Wheeler, describing the chaos as “mostly peaceful”.

Yep, except for tens of millions of dollars in damage, victims in the hospital, police officers attacked…and in the end, even the murder of an innocent man…mostly peaceful.

Riots on New Year’s Eve did more damage and Wheeler whined that no one was listening to his de-escalation yapping.

Now, he demands that lawmakers pass new laws and tougher penalties for riots

I have news for Ted.  You don’t need NEW laws.  You need enforcement of the laws already on the books.  You need to tell your police to amp up arrests and then use the bully pulpit to demand DA Schmidt do his damn job.

I figure Wheeler will wring his hands and clutch his pearls…worried that anything meaningful he does will cost him his PC Woke credentials…which apparently mean more to this millionaire ivy league grad than your life safety.