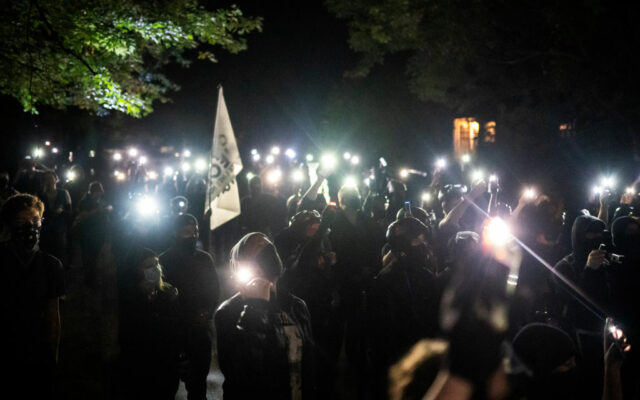 Voters dodged a bullet Tuesday night in Portland, choosing Failure Mayor Ted Wheeler over something even worse:  A candidate who called herself the Antifa Mayor and who openly admired planet earth’s biggest mass murderers.

Yesterday, Wheeler and two fellow commissioners turned down the insane idea of cutting 18 million bucks from police.  We need the cops now more than ever.

But last night…rioters, who Mayor Wheeler allowed to own the streets for more than 5 months, marched to the home of Commissioner Dan Ryan’s, broke windows, threw lit highway flares and created a small scale riot.  Antifa’s politics of intimidation.

The time’s come to crack down on lawlessness that includes arson, looting, assault and even the murder of an innocent man.

No matter what your politics, the idea that a mobocracy of a few thousand can physically intimidate elected officials into decisions the rest of the community rejects

Mobs like that once lynched people and called it justice.

It was wrong then.  It’s wrong now.

And Black Lives matter must make a decision.  Continue to associate your group with these mobs…and you own their violence too.  It’s a choice.

You can read more about the story from the local daily dead fishwrapper HERE.