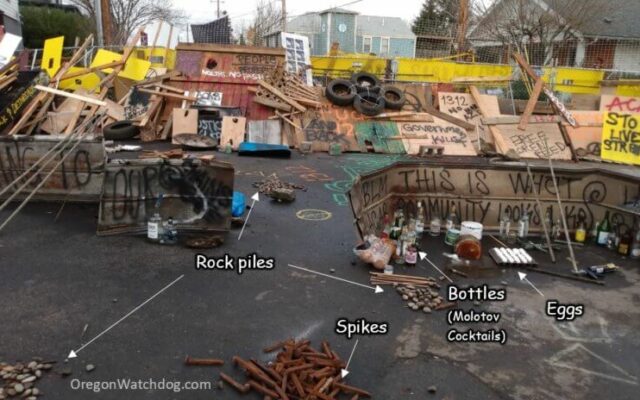 Mayor Ted Wheeler talks tough, but when crunch time comes, he folks up like a cheap suitcase.

An illegal occupation began in North Portland three days ago and Teddy immediately put out a press releasing promising, quote, “there will be no autonomous zone in Portland”

Wheeler’s reference to Seattle’s occupation of a neighborhood with thousands of residents is telling.  That one ended with murder and rape and assaults on citizens and police surrendering their own precinct.

It’s easy to put out press releases.  Actually telling your own police department to enforce the law and clear out this illegal occupation is something else entirely.

Wheeler now seems much more like “Baghdad Bob”…the hapless spokesman for Saddam Hussein …who kept insisting to reporters that there were no American troops in Iraq, even as our military rolled into the capital city.

So, the newly re-elected Mayor of Portland, who surrendered his own million-dollar condo to the mob of Antifa months ago…promising that the occupation that’s already been there three days won’t be allowed.

This puts People in that neighborhood at risk of death or injury…and there are laws Ted could use to end it.

But that requires a spine.