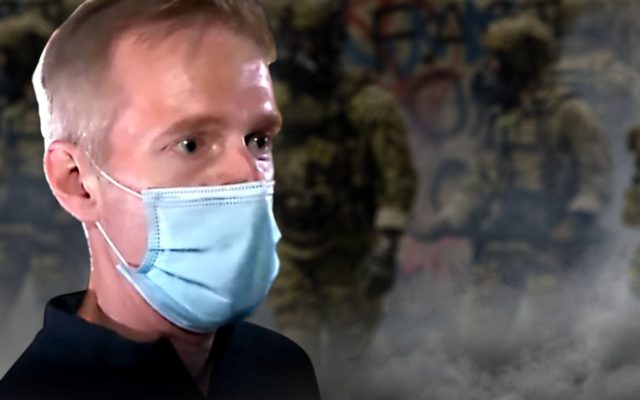 Tear Gas Teddy lets his city burn, for the win!

Ted Wheeler must let the city burn to save his own political skin.

A bit weird: just a couple of years ago, Wheeler questioned a second term

His performance as police commissioner has been, lets say, less than stellar.

Remember the May primary?

Sarah Inarrone did well enough to deny “tear gas Teddy”, as the rioters call him, a win.

Wheeler knows that to win, he must out Antifa his competitor.   Inarrone positions herself as the Antifa Mayor.

The Mayor went to the protest one time, got tear gassed and the crowd shouted “F Ted Wheeler”

Inarrone attends every other night.

That’s false, but it makes a great campaign line.

Total cost so far in public & private property destruction and police overtime now approaches 50 million…but don’t worry…even if he loses, Ted will still be a millionaire

while working citizens like you and me pay the bill

TheLarsLarsonShow · Lars Thoughts – Wheeler knows that to win, he must out Antifa his competitor
Tweets by LarsLarsonShow
Trending Stories

And The Nobel Prize Goes To... The Lab That May Have Killed Millions