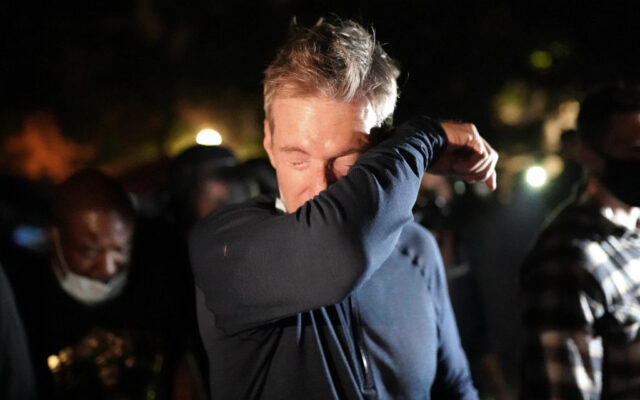 Portland’s Mayor has a strange relationship with masks, gas and fascists.

For years, Teddy aided and abetted fascists who ironically call themselves Antifa…a violent group that hates cops and capitalism.

Wheeler permitted an attack on the headquarters of ICE long before the deadly China Virus summer.

When election year riots seemed to benefit the mayor’s campaign, the police commissioner even banned his own officers from using crowd control gas.

A couple of weeks ago, a citizen found Wheeler out having dinner with a friend.

The man loudly declared the Mayor a failure. On video. Wheeler fled the scene.

Sunday night, another citizen found Wheeler at dinner with former Mayor Sam Adams…shot video of the maskless pair and followed them to the parking lot.

Apparently the Mayor didn’t appreciate that free speech…so he shot pepper spray in the man’s face…got in his car and drove away.

Just so we all understand the rules in Wheeler’s Portlandia

you may even tell cops to die.

Or you might get pepper sprayed in the eye.