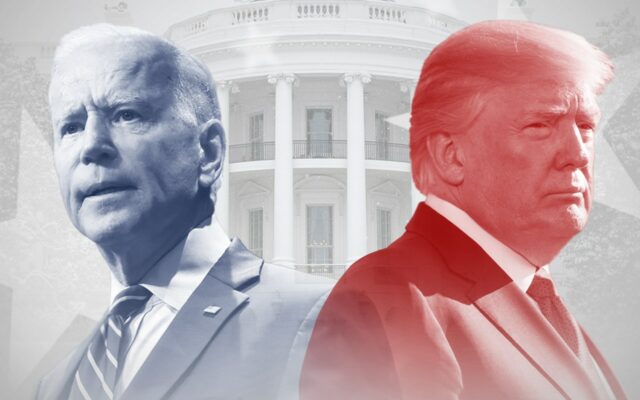 That’s the only place I heard Trump make a major factual mistake, when he said the Sheriff here supports him.

Maybe the President drew that conclusion when Reese agreed, after more than 120 nights of riots to let Trump’s U.S. Marshalls deputize his Multnomah County deputies.

Moderator Chris Wallace pressed Biden about whether he had ever made a call to democrat leaders of Portland and Oregon to stop the violence.  Biden weirdly claimed he couldn’t make that phone call because he doesn’t hold public office.

Biden also says local authorities can handle the riots if Trump just stays out of the way.

Maybe Joe needs to get out of his basement more.

Portland’s had uncontrollable riots all the way back to June.  When the President sent federal law enforcement in, liberal leadership here rejected it.

But when one Antifa shot Aaron Danielson in cold blood on a downtown street…it was Federal Marshals who tracked down his killer.

No Joe, Portland starts month five of Antifa riots tomorrow…and the political leadership here doesn’t have a clue how to stop it.

TheLarsLarsonShow · Lars Thoughts – Portland Was The Star Of Last Night’s Debate, But Still The War Zone Of Oregon
Tweets by LarsLarsonShow