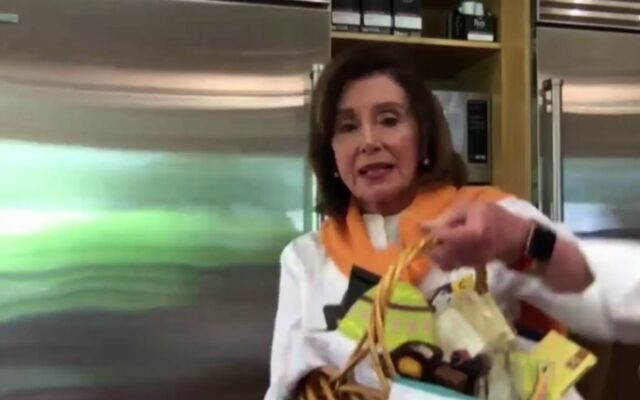 The China virus has put a lot of Americans in a world of hurt.  Incomes down or jobs gone…businesses that evaporated in a few weeks as the country reacted to the pandemic invasion of our country

The problem is, Nancy Pelosi and the democrats won’t pass the plan.

It all comes down to two basic issues.

First issue: Pelosi and her democrat party friends believe that if they hold up the help that should be coming to you, they can help Joe Biden win the election in ten days

Problem is, a lot of you need the help NOW.  If you want a picture of why Nancy thinks waiting a few weeks to get you help isn’t a problem…she owns  24 thousand dollar refrigerator in her kitchen loaded with thousands of dollars in fancy ice cream.

Second issue:  a lot of states have run themselves into literally hundreds of billions of dollars in debt mostly by making pension promises

But now they and Pelosi see an opportunity

As long as Congress is shoveling out money for people who fell victim to a pandemic through no fault of their own…why not ask that the federal government also bail out the Democrat governments of states like Oregon and Washington…oh, and add in the big blue cities too cause they’re also in trouble…and pay off bills they very much had control over…bad debts from decades of bad decision making

If Oregon state and local governments…that includes your local schools, police departments and jails…if they NEVER EVER HIRE ANOTHER PUBLIC EMPLOYEE the amount they must pay in pensions over the next 30 years is one quarter of a trillion dollars…250 billion dollars.  That’s enough money to fund the state general fund budget of Oregon for 20 years at current rates.

One quarter of a trillion dollars…money they don’t have.  But money they might get added to the stimulus plan on capitol hill.

Last night, Joe Biden told America in the final debate that it can’t get done.  President Trump told America he will sign the package…and he promised the republican senate will pass it

But Nancy Pelosi is keeping your stimulus check chilled down in her SubZero refrigerator…right next to the ten dollar a pint gelato.