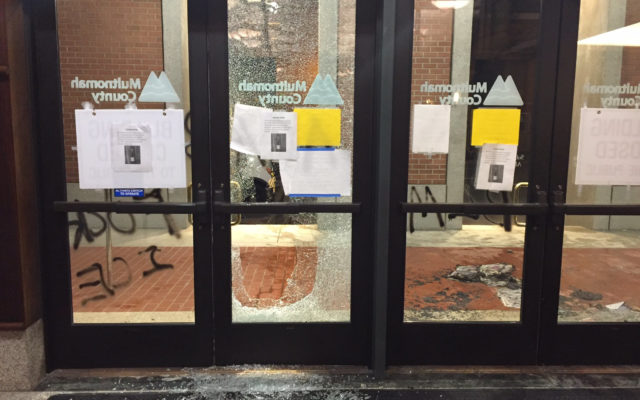 So, what do the leaders of the community have to say

It happened 15-hundred yards from Portland City Hall, but Mayor Tear Gas Teddy kept his mouth shut.  Remember, rioters hate him and might go after his million dollar condo again.

Did County Chair Deborah Kafoury condemn the attempted destruction of the government building where she occupies an elected office?  NOPE.  She knows the rules BLM has laid down.  She said all the right things about “oppression” and the grave injustices the poor arsonists have had to put up with

How about elected county sheriff mike reese?  He at least called it criminal behavior.  If only Reese were in charge of an actual law enforcement agency that could arrest criminals.

Did Governor Kate Brown have anything to say about a couple of hundred rioters setting fires in the biggest city in her state?  Nope, she’s hiding in her bunker trying to figure out how NOT to get recalled by millions of people hurt by her unemployment and China virus failures.

And Portland police?  Mayor Feckless Ted allowed them to arrest just two of the 200 rioters…and they carefully charged them with crimes the new District Attorney has promised NOT to prosecute.

Profiles in Courage?  Not so very much